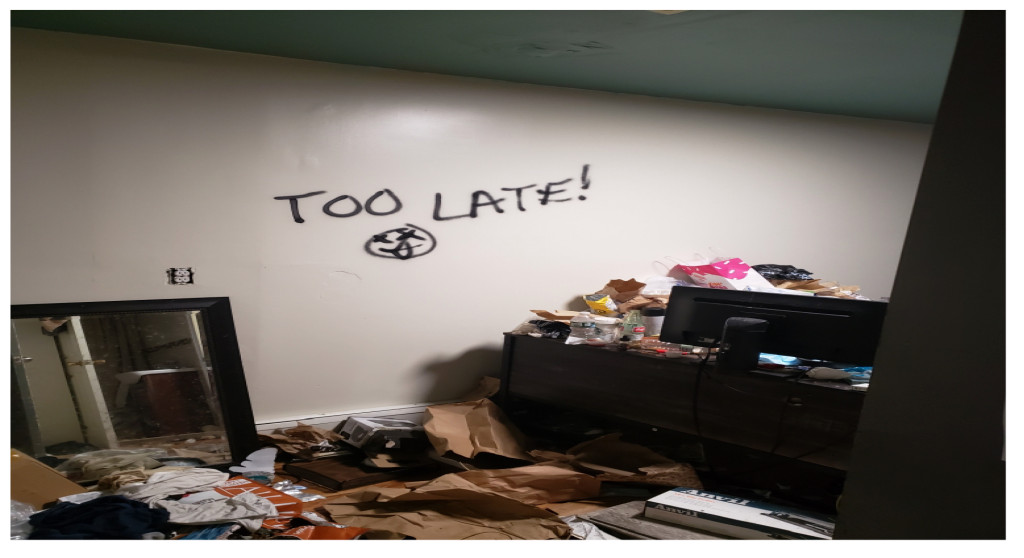 NEW YORK — A Queens man accused of torching a police car had spray-painted “TOO LATE!” on his wall to taunt the feds when they came looking for him. Nevertheless, he didn’t flee fast enough and FBI agents nabbed him anyway, Brooklyn prosecutors said. 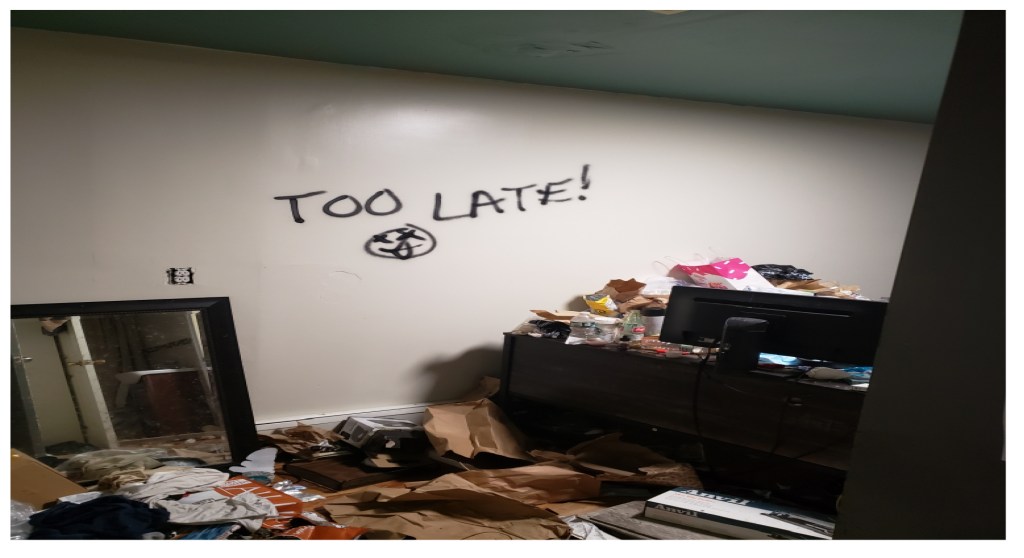 When agents entered his apartment that night, they were confronted with the scrawled taunt, alongside a drawing of a smiley face with a tongue sticking out, the New York Post reported.

However, provocation from the wanted man backfired.

Prosecutors asked a Brooklyn federal court Friday to order Resto held without bail — and used his intention to flee and the wall taunt to back up their argument that he’s a flight risk.

As a result, the judge agreed and ordered Resto held.

In a detention memo, prosecutors wrote that agents had been surveilling Resto on July 29 when he took a rideshare from his home to the Upper West Side, carrying a red can of gasoline. 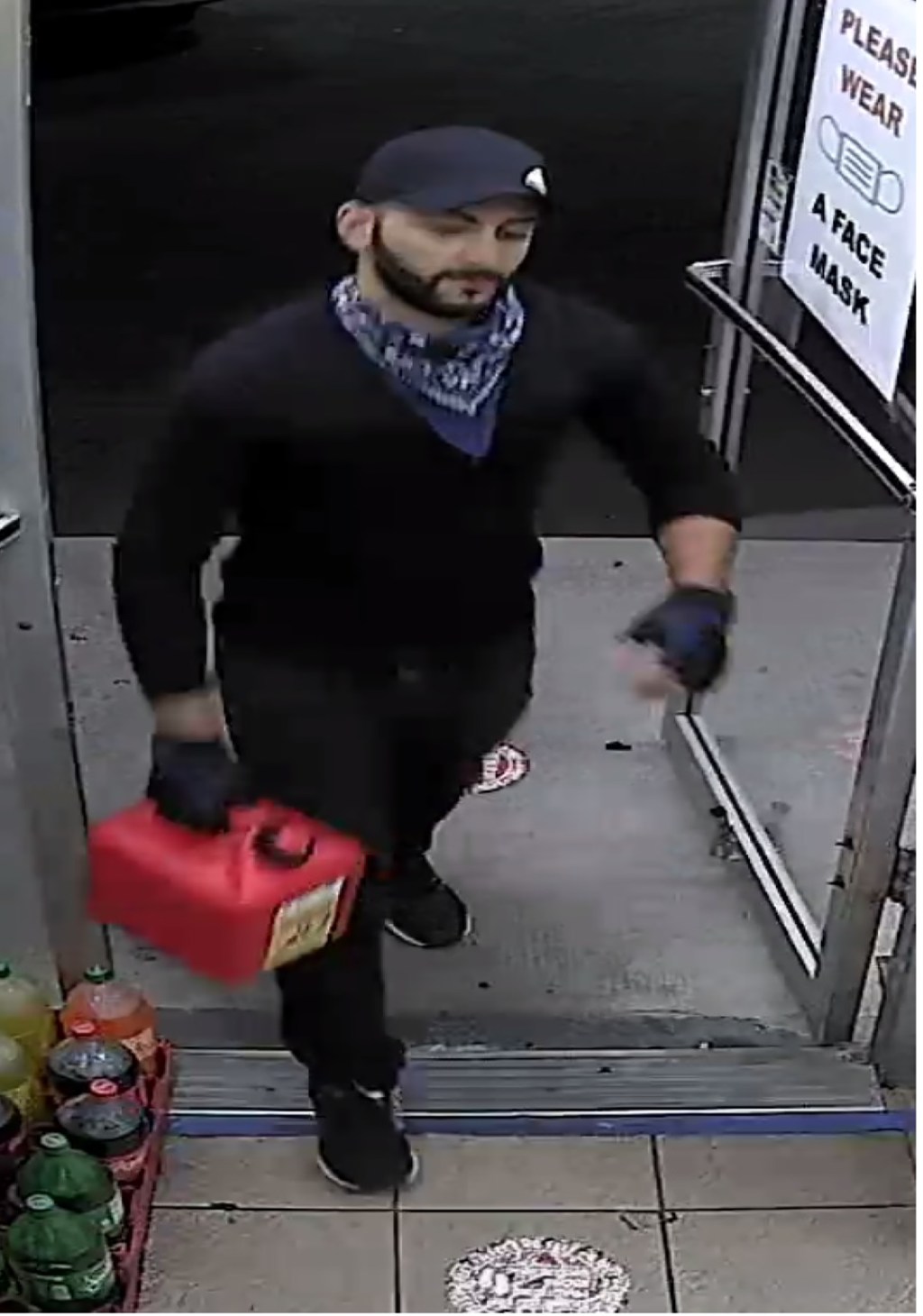 Sam Resto is seen with a can of gasoline. (US Attorney Eastern District NY)
At 3:50 a.m. Resto, wearing a Guy Fawkes mask, reportedly smashed in the window of an NYPD Ford Fusion parked at West 83rd Street near Columbus Avenue, doused the inside with gas and set it aflame, the papers say. 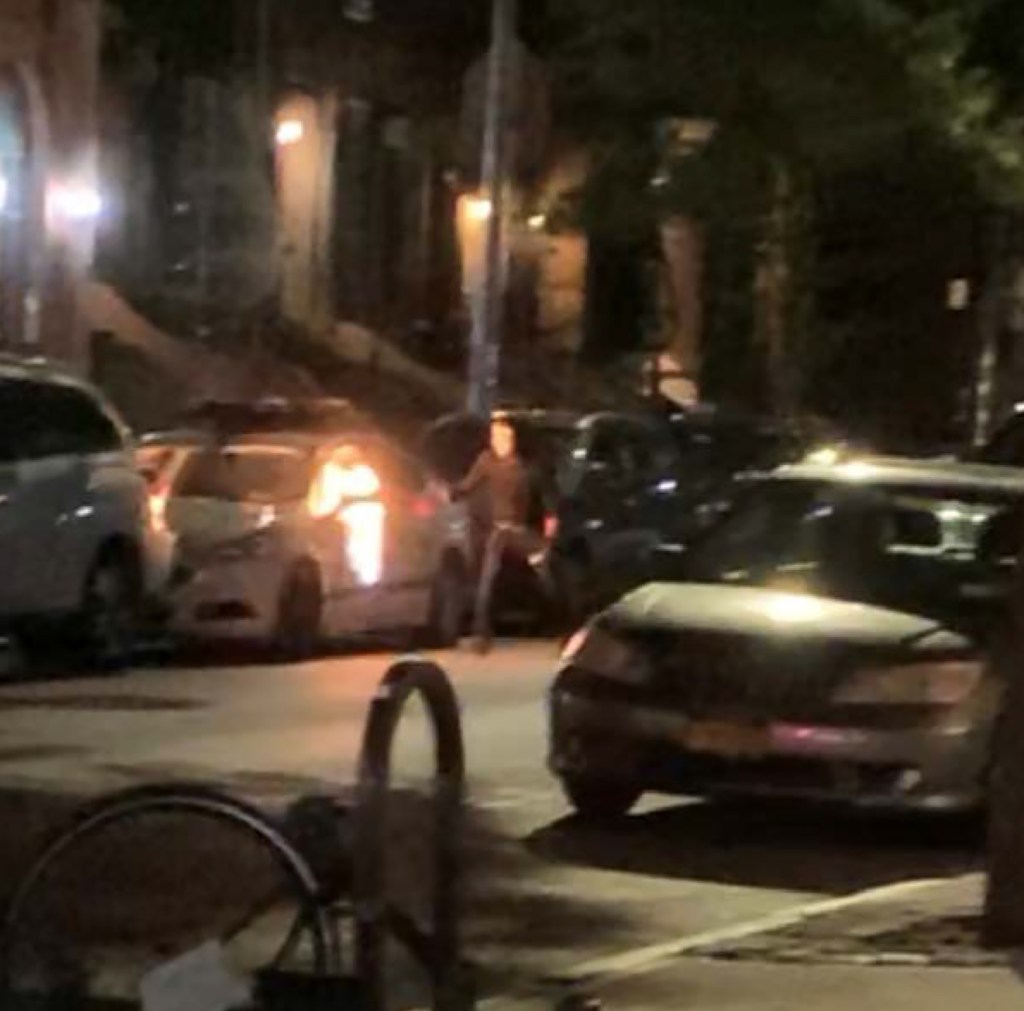 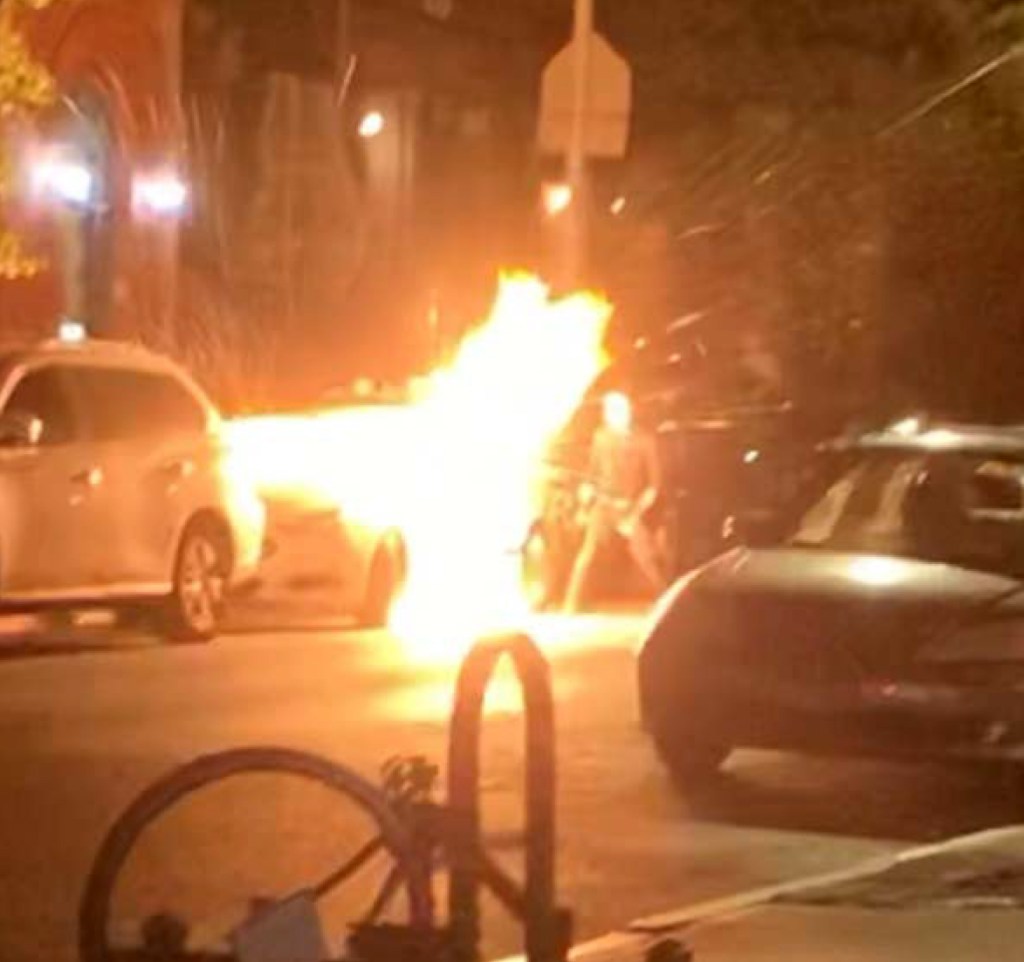 The arson caught in action. (US Attorney Eastern District NY)
Assistant US Attorney Michael Keilty wrote in the memo that Resto’s alleged criminal conduct had escalated “posing a severe and ongoing risk to the community.” 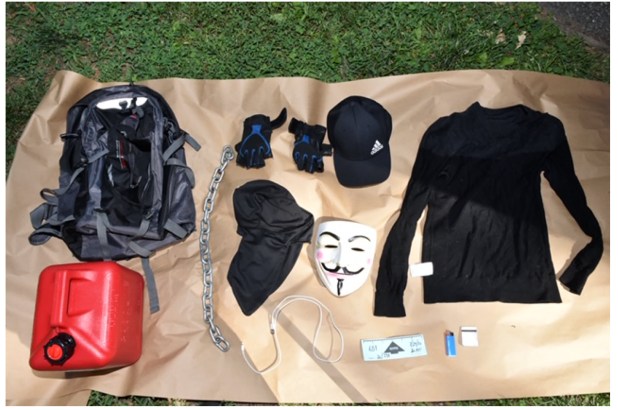 Furthermore, Resto was arrested July 10 for swinging a chain at another person in a dispute over a parking spot. Five days later he was busted on the Brooklyn Bridge for obstructing traffic during a demonstration, according to the New York Post.

During a search of his apartment, agents found “The Anarchist’s Cookbook” which includes instructions for making explosives.