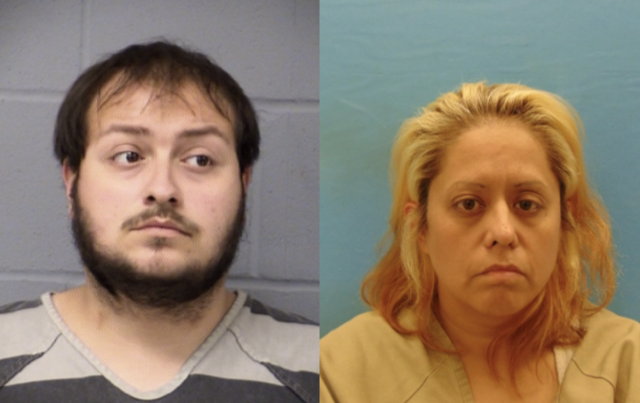 AUSTIN, Texas — Austin police have arrested two people after they found a body buried in the backyard of the South Austin house occupied by the pair.

Authorities on Thursday said the body was in the backyard of a home located in the 5800 block of Mojave Drive. Police said they received a 911 call about the body around 8:42 p.m. Tuesday.

Police said officers who responded to the home on Tuesday obtained permission from the residents to look around, the Statesman reported.

Officers “began to look through the house and in the backyard area they found a concrete mass and other areas that were consistent or that could possibly contain a body,” Austin police officer Destiny Silva said at a Thursday news conference.

Consequently, police returned Wednesday after obtaining a search warrant. A cadaver dog alerted them to decomposition at the site of the concrete, the affidavit said, according to Big Country – Texas News.

Silva said Kristie M. Cardenas, who is in her 30s, and Walker Ray Kaatz, who is in his 20s, were arrested in connection with the incident. They are charged with tampering with evidence, a second degree felony punishable with a prison exposure of up to 20 years, according to the Statesman.

Silva confirmed that Cardenas and Kaatz occupied the property where the body was found.

Although police have leads on the identity of the body, they didn’t share those details because they have not been confirmed yet.

“We have preliminary information, just based on again talking to the suspects involved, that there may have been some kind of relationship between the suspects and the individual,” Silva said.

According to the affidavit, a witness who visited the home had called and said she’d been told a woman’s ex-boyfriend had been killed in the home, dragged outside and buried under concrete and cinder blocks. She said Kaatz pointed out drag marks and told her they had “bleached” them, the affidavit said.

The witness said she had been told the victim recently gotten out of jail and assaulted his ex-girlfriend, Big Country – Texas News reported.

The body was taken to the Travis County medical examiner’s office and the cause of death is still under investigation.

“We all are still investing this case. It is very early on. It’s an active investigation,” Silva added.