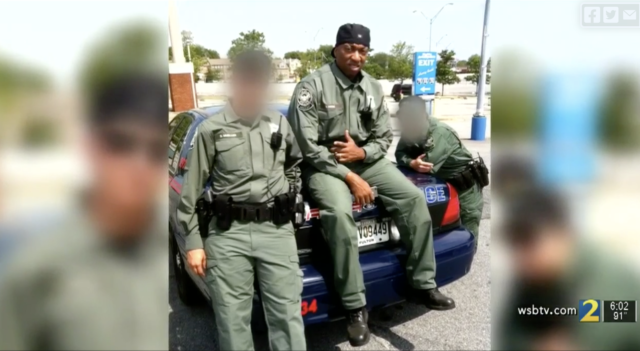 ATLANTA — An award wining Atlanta police detective is walking away from law enforcement. His reasons are similar to concerns that are reverberating throughout the industry.

Inv. Tyrone Dennis is calling it quits. He’s leaving the Atlanta Police Department in his rearview mirror due to the dramatic change in American perceptions and treatment of law enforcement.

Sadly, “he’s the kind of officer people are clamoring for in these challenging times,” WSB-TV reporter Mark Winne said.

“Policing now is almost like rolling the dice with your life.”

Dennis spoke to the news organization and expressed sentiments that are being felt by cops throughout the country.

“We’re one bullet away from death and one mistake away from an indictment,” he said during an interview with WSB-TV. “Policing now is almost like rolling the dice with your life.”

Nevertheless, he’s humbled by the lives he’s changed as an Atlanta cop.

“As a police officer, God put me in people’s lives for a reason,” Dennis said.

Yet after 16 years, the police veteran is walking away since so much has changed in a combustible year.

“2020 has changed everything about policing; about my life,” he said.

Dennis is proud of his professional achievements, including being recognized, along with his partner, as the 2015 Investigators of the Year; the 2017 U.S. attorney’s Award for Community Service; the 2019 City Council proclamation; and APD’s Commendation Award for his creation of “Clippers and Cops,” which is an internationally recognized barbershop based bridge between police and the people they serve, WSB-TV reported.

“We’re one bullet away from death and one mistake away from an indictment.”

Dennis said he isn’t going to judge either way the officer charged in the death of Rayshard Brooks last month, but “we are all demonized like we physically did it.”  He also said that two of the officers recently charged in the tasing of two college students at a recent protest were his friends. “That could have been me,” he said. “It could’ve been anyone of us.”

Dennis said he returned home after working during protests one night, and his daughter said, “Daddy, I don’t want you to be police no more.”

“I pray for our city. I pray for my police department,” Dennis said. “I pray that we can work together. It takes everybody. … God guides my steps everyday. Without God, who knows where I’d be. I’m just a kid from the west side of St. Louis.”

Interim Atlanta Police Chief Rodney Bryant said he is sorry to see Dennis go. However, he claims recruiting in the city is going remarkably well considering all the strife that is occurring in our country.