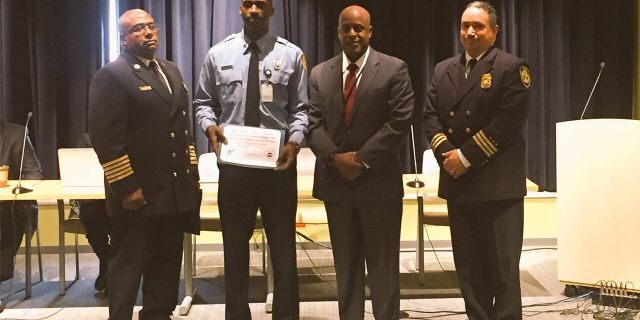 DETROIT — The body of a firefighter who went missing after trying to rescue girls from drowning was recovered Saturday in the Detroit River, authorities said.

Detroit Fire Department Sgt. Sivad Johnson, 48, was off-duty Friday night and with his 10-year-old daughter when he heard several girls screaming for help and dove into the water near the Detroit Yacht Club, The Detroit News reported.

“First responders are never off-duty,” state police said on Twitter. “He saw people that needed help and he didn’t hesitate to jump in the water to save them.”

Absolutely! First responders are never off duty! He saw people that needed help and he didn’t hesitate to jump in the water to save them.

A civilian and a nearby boat also rushed over to help the girls.

“From the civilian we talked to last night, there were a lot of rip currents and the sergeant went out into the water,” Deputy Fire Commissioner Dave Fornell told the paper Saturday. “One girl was rescued by the civilian, and the boat picked up the two other girls.”

The incident took nearly 45 minutes. Only after the children were safe with their parents, Johnson’s daughter realized her father was missing and called 911, authorities said. The girl was cared for by her grandfather as a police dive team searched for Johnson.

The search was eventually called off Friday due to darkness and resumed the next day.

The body was found by police divers around 1 p.m. Saturday after a six-hour search, FOX reported.

“It is believed the father may have been dragged underwater by the rip-current and no one noticed,” Michigan State Police said. 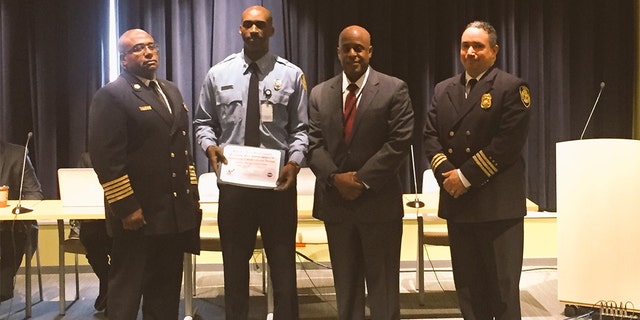 Detroit Firefighter Sivad Johnson holds plaque given to him in 2016 for saving the life of an unconscious man.  (Detroit Public Safety Foundation)

“He’s a firefighter, he saw the girls in distress and jumped in. He’s done that his entire career,” Fornell said. “Something happened, and it’s unfortunate to have lost one of our own that way.”

Johnson joined the fire department 26 years ago, following in his father’s footsteps.

He was honored in 2016 by the Detroit Public Safety Foundation for saving the life of an unconscious man during a fire. A year later, he was honored for his bravery with the department’s medal of valor.