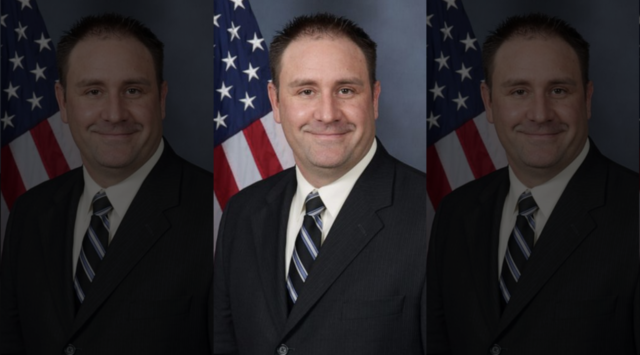 The bombshell claim comes from over 20 hours of Grand Jury testimony released on Friday in the Breonna Taylor case.

Taylor has become the most prominent example from the media, politicians and celebrities that law enforcement must reform from systematic racism.

Much of those claims were already falling apart before today’s news. Taylor was not sleeping in her bed as was suggested but next to her boyfriend in the hallway as officers were being shot at.

Cops were not at the wrong house as was suggested but rather Taylor was the focus of a months long investigation as conspiring with her ex-boyfriend to receive mail and money from an alleged drug operation,

Also revealed months ago was Taylor being interviewed by law enforcement after a car she had rented contained a homicide victim.

According to the Daily Mail, the Grand Jury was presented with evidence that at the scene, Taylor’s boyfriend told cops that it was in fact Taylor that shot at cops.

Among the recordings released is Officer Brett Hankison’s interview with investigators that said Taylor’s boyfriend, Kenneth Walker, had told him  ‘she was the one who shot at us’.

Walker later confessed that he was the one who opened fire.

One of Taylor’s neighbors also told investigators that police had told her that ‘some drug-dealing girl shot an officer’.

Officers had a ‘no-knock’ warrant to search Taylor’s apartment for drugs the night when she she was killed and the mainstream media has pushed the false claim that they are “illegal”, and in turn several agencies have abandoned the practice.

In fact, while the warrant was “no knock”, testimony from officers and witnesses revealed that law enforcement spent almost a minute knocking and announcing before using a ram to enter the residence.

‘So it was the third time that we were approaching, it had been like 45 seconds if not a minute,’ Hoover said. ‘And then I said, ‘Let’s go, let’s breach it’.’

In an interview with investigators that was played to the grand jury, Walker said that if officers had announced themselves, ‘it changes the whole situation because there was nothing for us to be scared of.’

‘Were drugs money or paraphernalia recovered from apartment 4? … The answer to that is no,’ the officer said on the recording.

‘They didn’t go forward with executing the initial search warrant that they had for Breonna Taylor’s apartment.’

Cameron said two officers who fired their guns, hitting Taylor, were justified because Taylor’s boyfriend had shot at them first. The boyfriend has said he thought someone was breaking in.

The grand jury did charge fired Officer Brett Hankison with three counts of wanton endangerment for shooting into a neighboring apartment. No one was hit.

He has pleaded not guilty. Cameron said there was no conclusive evidence that any of Hankison’s shots hit Taylor.

The audio recording of the jury proceedings were being added to Hankison’s public court file.