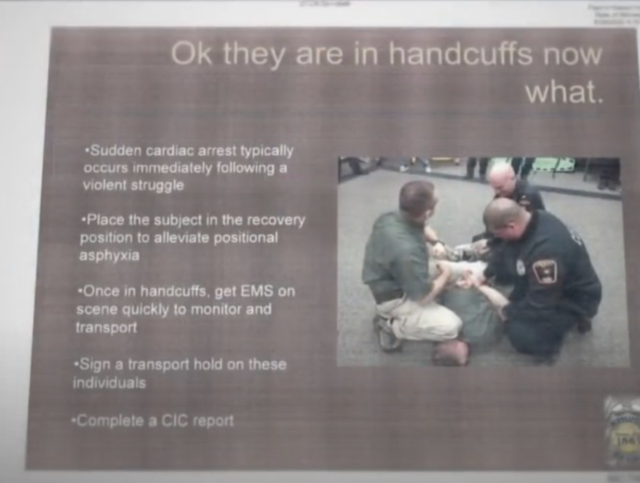 Attorneys for former Minneapolis Police Officer Derek Chauvin are requesting the dismissal of murder and manslaughter charges against him for the death of George Floyd. They’re using the police training manual as justification, Townhall reported.

According to the Minneapolis Police Department training manual, officers are shown how to subdue violent or resisting suspects by placing their knee on the neck, something Law Officer previously reported. 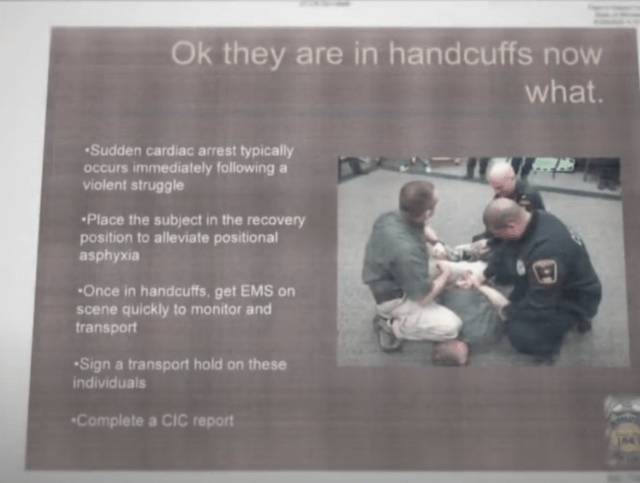 Minneapolis leaders as well as the state attorney general were also aware of a plethora of additional exonerating details discussed in the video as well as listed toward the end of this article. It will be a legal battle royale watching it play out in the courtroom.

Analysts and attorneys at Court TV explain, according to Townhall. It’s worth a full watch:

“From coast-to-coast everyone, absolutely outraged, especially by that fact, the knee on the neck. Well, guess what folks, take a look at what you’re looking at right here. That is from the police training manual,” attorney and host Vinnie Politan said. “Where this all comes from is from a motion to dismiss. A motion to dismiss that was filed by Derek Chauvin’s attorneys saying that the knee on the neck is part of his training as a Minneapolis police officer. And there we see it in the manual on the left and on the right is what we all have seen in the video of Officer Chauvin. So, is this a game-changer?”

So why did Chauvin continue holding his knee on Floyd’s neck after he became unresponsive?

“There comes a point where everyone is telling him, ‘Look, he’s not responding anymore.’ … I want our viewers to get familiar with a very important word here, it’s called “excited delirium.” … That’s what he’s going to use to explain why when [Floyd] was no longer responsive, he continued with the knee on the neck because that, when you talk about excited delirium, it’s about people who use drugs, which they’re going to claim they saw him using, that’s why they’re talking about the tablet on the tongue, bizarre behavior. We saw that, but eventually, it gets to something that’s called superhuman strength. Oftentimes people in that position, they show superhuman strength and that picture shows how you are supposed to restrain people when you are afraid for excited delirium,” Attorney Michael Ayala added. “This is a game-changer…it’s going to be tough to overcome this training instruction picture that shows exactly how [Chauvin] was doing it by the book.”

Newly released court documents show Floyd had a “fatal level” of Fentanyl in his system when he died. He also resisted arrest before being placed on the ground by officers. Moreover, he said he couldn’t breathe well before he was placed in a prone position, which is evidence of his overdose; something we now know occurred.

Handwritten notes of a law enforcement interview with Dr. Andrew Baker, the Hennepin County Medical Examiner, say Floyd had 11 ng/mL of fentanyl in his system.

“If he were found dead at home alone and no other apparent causes, this could be acceptable to call an OD. Deaths have been certified with levels of 3,” Baker told investigators.

In another new document, Baker said, “That is a fatal level of fentanyl under normal circumstances.”

But then Baker added, “I am not saying this killed him.”

Defense attorneys for the officers have signaled they will argue Floyd died from the drugs and pre-existing health conditions.

The new documents say Floyd had a “heavy heart” and “at least one artery was approximately 75% blocked.”

Law Officer has been reporting these facts as they’ve trickled out over the past few months. We believe they will be difficult to overcome by a prosecutor who needs to to prove beyond a reasonable doubt that Derek Chauvin murdered George Floyd: