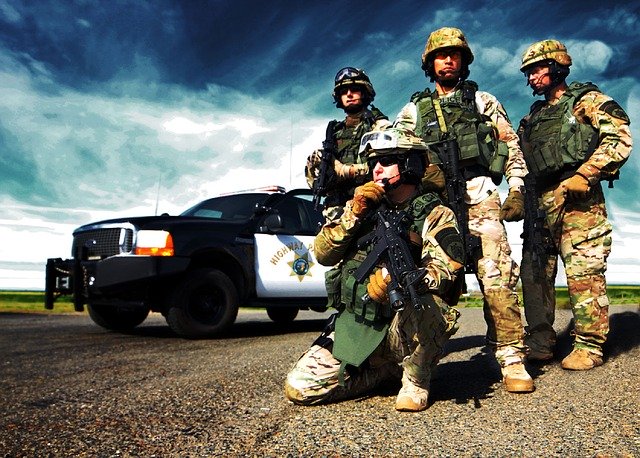 “All ‘Thin Blue Line’ paraphernalia, including anything resembling it, shall be removed immediately. This includes any paraphernalia hung anywhere in the office, stickers/patches on State or personal property that may be seen by the public during the course of duties, and email signature blocks,” the memo stated.

“A California police officer who reviewed the document said it amounted to an official order because of the use of the word ‘shall,’ Press California reported. The officer stated, “It’s all political so I understand why they sent it out.”

Given the sensitive nature of the matter, there’s a reason the mandate was not sent out as an official public memorandum, a CHP representative in the field said. However, he said the directive came from the commissioner’s office in CHP headquarters.

“CHP wants to stay neutral and not appear to endorse any particular group,” he said.

Fran Clader, CHP’s Director of Communications in Sacramento, stated, “The item … was included as part of a shift briefing for one area command within Border Division and has since been rescinded since it was a misinterpretation of department policy … [It] was intended as a generic reminder to personnel to refrain from promoting any social cause on state property or equipment visible to the public. The advisement does not pertain to personally owned items.“

This statement doesn’t clarify anything. “A generic reminder to personnel to refrain from promoting any social cause on state property or equipment visible to the public,” seems to prohibit Thin Blue Line items. Moreover, they say the advisement does not “pertain to personally owned items,” inferring that Thin Blue Line material is indeed prohibited on department equipment.

A CHP representative in the field told Press California that the memo was issued by the commissioner’s office in CHP headquarters, adding, “CHP wants to stay neutral and not appear to endorse any particular group.”

The Thin Blue Line, depicted as a black and white U.S. flag with a blue stripe, represents the sacrifices that law enforcement officers make to protect the public and prevent civil unrest. Civilians display the symbol to show their support for the nation’s authorities. However, “progressive activists have strategically likened ‘Thin Blue Line’ symbols to white supremacy and police brutality, which is tantamount to spitting on a police memorial,” said Jim McNeff, retired Southern California police lieutenant and author of several law enforcement publications.

Nevertheless, woke police leadership continues to get bullied by the bullies.

After the San Francisco POA wrote a letter disagreeing with the move, one of the commissioners called their objection “absolute horseshit.”