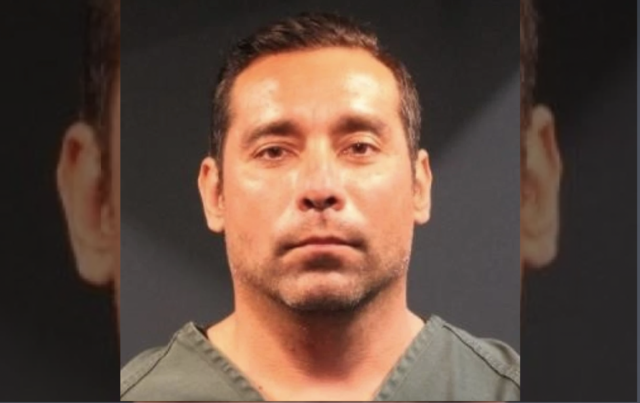 YORBA LINDA, Calif. — A 42-year-old sheriff’s deputy has been charged with breaking into the home of a deceased Yorba Linda man while on duty as a member of the Orange County Sheriff’s Department, and later returning to steal 15 guns, prosecutors said Thursday.

Steve Hortz learned the man was deceased after performing a welfare check at the residence on Via Angelina Drive on July 20, along with two other sheriff’s employees, the O.C. District Attorney’s Office said in a news release.

It was later determined that the man in his 70s died from natural causes.

Following the welfare check, Hortz — a 12-year veteran of the agency — was captured on security cameras returning to the home three times, including once when he broke in while on duty and in uniform, the DA’s office said.

The deputy allegedly first returned July 27. He then stopped by on Aug. 10 and Aug. 16, stealing items shortly before he was scheduled to work, according to prosecutors.

OCSD began investigating after a tip from the probate attorney handling the deceased homeowner’s estate. Since law enforcement officials discovered the crimes, they also planned to review previous calls for service handled by Hortz for any impropriety.

“I will do everything we can to make sure he does not return to a uniform in this organization or anywhere else for that matter,” O.C. Sheriff Don Barnes said during a news conference announcing the arrest.

Hortz was arrested in the case Sept. 10. He resigned in lieu of termination effective Sept. 30, prosecutors said. It was unknown if he remained in custody or posted bail.

The former deputy is scheduled to be arraigned Tuesday. He could face up to four years and four months in state prison if convicted.