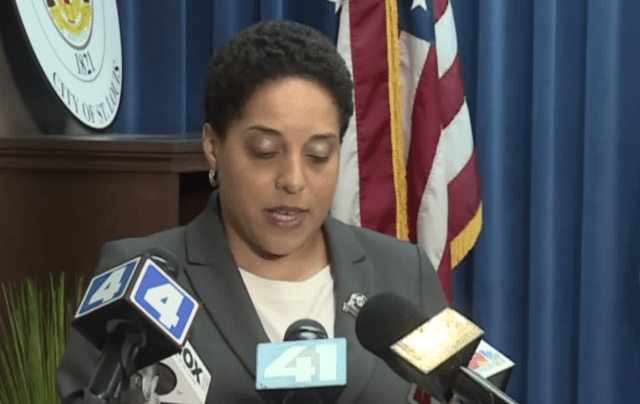 The fox is guarding the henhouse in too many prosecutors offices in America and people who abhor police are hoping to further expand their power in upcoming elections. We have liberal billionaire George Soros to thank for much of it.

This is a partial list of Soros backed prosecutors undermining American justice:

Police officers who work in the aforementioned jurisdictions could tell one horror story after another; I’ve heard many of them. These prosecutors are undermining the system of justice.

Calls for drastic criminal justice and police reforms have swept the country since the death of George Floyd, but these prosecutors already are making waves on that front. It’s a sign that under-the-radar political investments made by progressive groups in recent years are paying off, Fox News reported.

District attorneys and current candidates whose campaigns benefited from the work of left-wing organizations – including ones backed by Soros – are now pushing for new agendas that are seeing sharp reductions in prosecutions and incarcerations.

Soros, through the Justice & Public Safety PAC and other groups, has been spending millions of dollars on prosecutorial races in recent years, with a number of beneficiaries making headlines since their elections.

St. Louis Circuit Attorney Kim Gardner was boosted by Soros in her campaign, according to The Missouri Times.

Many police officers and Second Amendment advocates were recently appalled when Gardner announced her office was bringing felony charges against Mark and Patricia McCloskey, the couple who brandished firearms while protecting their home and property by a mob of protesters in June.

The McCloskeys have said many times they were defending themselves, with tensions high in St. Louis and other cities over race and law enforcement. They said the crowd of demonstrators broke an iron gate marked with “No Trespassing” and “Private Street” signs, and that some threatened them.

Missouri GOP Gov. Mike Parson said he would consider pardons for the couple if charges were filed.

Another high-profile prosecutor who has been backed by Soros in the past is Cook County, Ill. State’s Attorney Kim Foxx, reported Fox News.

The controversial prosecutor drew national attention when she dismissed the case against actor Jussie Smollett, who had been accused of faking a hate crime attack against himself. The case was later taken over by a special prosecutor who filed new charges. 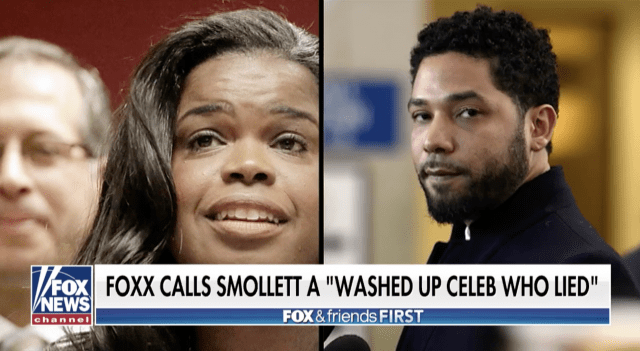 Foxx is seeking reelection this year and already won her Democratic primary. Regarding ongoing protests in her jurisdiction, she has said that her office will lean toward dismissing cases coming from protests or curfew violations (Mayor Lori Lightfoot imposed a curfew between May 30 and June 6 after a George Floyd protest).

“The question it comes down to is, is it a good use of our time and resources?” Foxx told the Chicago Sun-Times. “No, it’s not.”

Looking at her term in office, a report from the Law Enforcement Legal Defense Fund found a 13 percent decline in guilty pleas or verdicts in felony cases and a 39 percent increase in dropped or lost cases after Foxx took office in 2016.

I’m unsure where to start with San Francisco District Attorney Chesa Boudin. He is another beneficiary of Soros-tied contributions, who recently defended the movement to defund police, Fox reported.

When Boudin took office last year he promised not to prosecute quality-of-life crimes that have plagued the lucrative Bay Area amid a crippling homelessness crisis.

“We will not prosecute cases involving quality-of-life crimes,” he said at the time. “Crimes such as public camping, offering or soliciting sex, public urination, blocking a sidewalk, etc., should not and will not be prosecuted. Many of these crimes are still being prosecuted; we have a long way to go to decriminalize poverty and homelessness.”

Boudin was a public defender before defeating the city’s top prosecutor after promising sweeping criminal justice reforms. He is the son of parents who were members of the radical left-wing Weather Underground. He grew up with his parents incarcerated for their roles in an armed robbery that left three men dead, Fox News reported.

“There can be no justice when we utilize prison and jail as the solution to all of our problems,” he said after winning the election. “We must think differently.”

In a discussion with Rep. Ayanna Pressley, D-Mass., earlier in July, Boudin questioned whether money going to police was “the most effective” use of taxpayer dollars, Commonwealth Club reported.

“Is there some other way we could spend this money that would make us safer or do a better job of achieving the goals that we have?” Boudin asked. He went on to say that policing and incarceration “are tremendously expensive and are failed responses to what we are trying to deal with.”

Boudin is also one of a number of district attorneys participating in “Truth, Justice and Reconciliation Commissions,” teaming with the Grassroots Law Project, an organization co-founded by activist Shaun King that calls for defunding police.

The other district attorneys who are participating in these commissions are Philadelphia DA Larry Krasner and Suffolk County, Mass., DA Rachael Rollins, who have both benefited from Soros’ support.

Krasner, who was elected after Soros put $1.45 million into a political action committee that supported him, has also taken a public stance regarding events that have spun out of the protests over Floyd’s death, particularly the federal response to violent demonstrations in cities like Portland.

In a Washington Post op-ed he co-wrote with Baltimore DA Marilyn Mosby (another police favorite), Krasner threatened to have federal officers arrested and charged if they overstep their authority in his jurisdiction, after officers in Portland were accused of using excessive force.

“Should Trump send federal agents who engage in the same illegal vigilante activities, unlawfully assaulting and kidnapping people, they will face criminal charges from our offices,” Krasner and Mosby said.

Philadelphia cops have regular jousting matches with Krasner. They refer to him as “Let ’em go Larry,” due to his soft stance on crime.

A motivator for the Philadelphia based “Protect Our Police PAC” has been “the chaos caused by the city’s liberal criminal-sympathizer, headline-chaser District Attorney Larry Krasner. Under Krasner’s watch, Philly has seen a 10 year-high spike in homicides and gun-related crimes in minority communities as well as an all-time low in morale within the ranks of the Philadelphia Police Department.”

In Contra Costa County, Calif., District Attorney Diana Becton – also backed by Soros – changed how her office handles police shooting cases, removing deputy district attorney Barry Grove from his role as the main prosecutor in such cases, switching to a team approach, according to the Mercury News.

Becton also announced earlier this month that she was filing hate crime charges against Nichole Anderson and David Nelson, White people who were allegedly caught painting over a Black Lives Matter mural.

Orlando State Attorney candidate Monique Worrell is also backed by a group linked to Soros in her quest to fill the seat that will be vacated by Aramis Ayala, who was also supported by Soros. Worrell’s platform calls for an end to cash bail, which would result in more defendants being released before their trial. She also says that incarceration should be a “last resort,” and that those who do not pose “a threat to the physical safety of others” should not be placed behind bars, Fox reported.

Worrell’s opponent Ryan Williams has cited the Soros connection as a point of attack, and Worrell has accused Williams of playing on anti-Semitic tropes by mentioning Soros’ involvement. But the Jewish political philanthropist is not the only player in the game of prosecutorial campaigns.

Real Justice PAC, also co-founded by Shaun King, has supported 29 head prosecutors and state attorneys general since 2018, including several who were also backed by Soros, such as Gardner, Boudin, Rollins and Becton. The organization is also backing the 2020 campaigns of Foxx and 13 other candidates seeking office.

The organization’s goals include electing – and recruiting – candidates who would make changes to criminal justice systems such as ending cash bail and “rolling back practices that lead to mass incarceration.”

One 2020 candidate Real Justice succeeded in getting elected already is Multnomah County, Ore., District Attorney Mike Schmidt, who will be in a key position when he takes office on Aug. 1, given that his jurisdiction includes Portland, where riots have been taking place amid months of protests following Floyd’s death.

Schmidt has said that he would potentially drop charges against nonviolent protesters when he is in office, according to KGW.

Delia Garza, who won the Democratic primary in Travis County, Texas, and will run unopposed in November, is also backed by Real Justice. Garza has already said that her office will decline to prosecute certain types of cases.