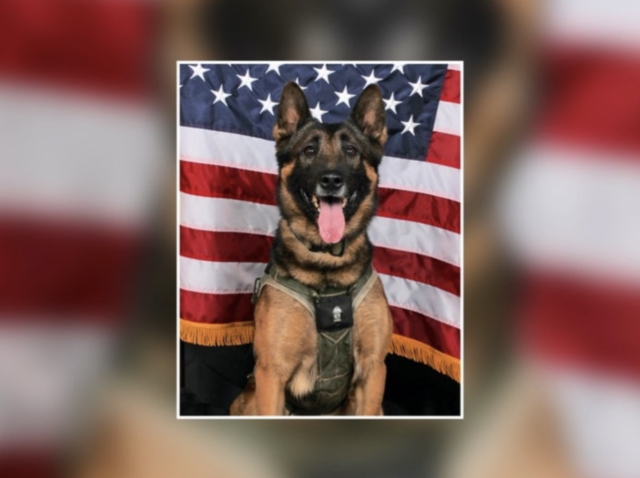 GWINNETT COUNTY, Ga. — A Gwinnett County police K9 died in the line of duty and a Stone Mountain suspect was killed during a shootout on Thursday, Sept. 10, in Georgia.

Soon thereafter, Gwinnett County SWAT officers and K9 Blue began searching the woods nearby. According to a statement from the Gwinnett County Police Department, K9 Blue located items from the suspect and tracked him down.

A statement from the Georgia Bureau of Investigation identified the suspect as Robert Samuel Craig Lusk, 18, of Stone Mountain.

When Lusk was given commands by police, the statement said, he fired at them. As a result, officers returned fire. During the shootout, Lusk and K9 Blue were shot. Both died from their injuries after being taken to area hospitals.

“He was five years old and bravely served the citizens of Gwinnett County in the police department for over a year,” Flynn said.

A female suspect who also fled from the stolen vehicle was sought, but not located on the day of the shooting.