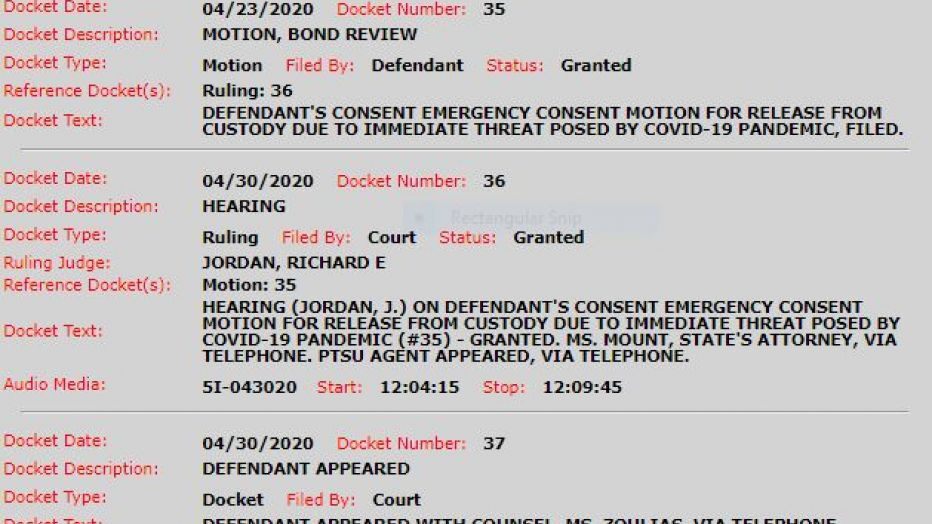 GERMANTOWN, Md. — A Maryland inmate was released earlier this year due to the coronavirus pandemic. He is now back in custody, accused of murder.

Justin Wilson, 26, of Germantown, Md., is the man who caught a break earlier this year when a Montgomery County judge freed him from jail as a COVID-19 precaution. He was awaiting trial on theft and other charges when the judge ordered him released in April, FOX5DC reported. 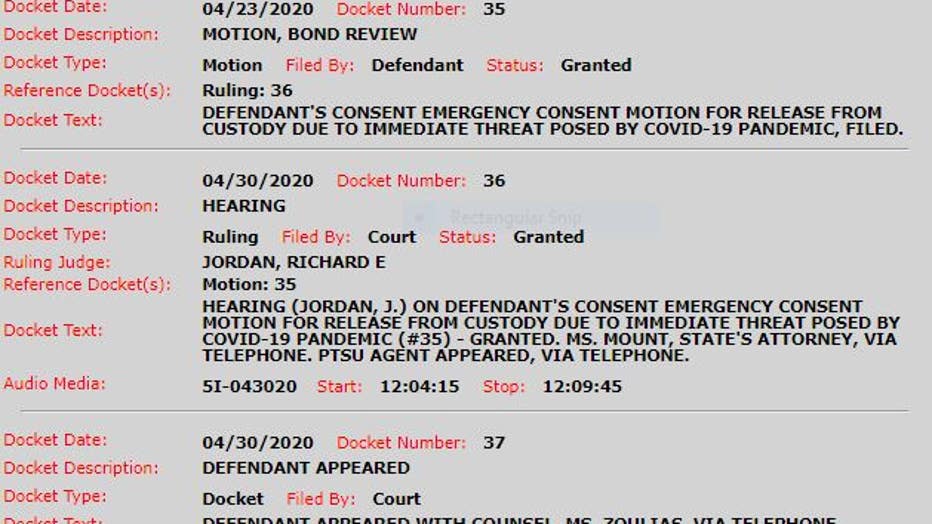 Then on July 23, Wilson reportedly got involved in a struggle with Edigio Ienzi, 63, also of Germantown, the news organization reported. A relative of Ienzi’s told police Wilson was holding a knife.

Ienzi later died of stab wounds after being taken to a hospital, the report said.

The relative said Wilson had been to the home weeks earlier, after which several silver coins were noticed to be missing from the home, FOX5DC reported.

After an investigation, Wilson was arrested July 28 on first-degree murder charges, the station reported.

Jails throughout the country have released inmates this year in an attempt to slow the spread of coronavirus, but have repeatedly placed citizens in peril of violent crime.

Police in Virginia this week said that a rape suspect who was released from jail on a ridiculously low bond in the wake of the coronavirus pandemic went on to kill the woman who had accused him, Law Officer reported.

The prosecutor placed the blame on the judge.

“I can tell you that he was held without bond between his October arrest and April bond motion,” Alexandria Commonwealth’s Attorney Bryan Porter said. “The bond motion was heard in open court and my office appeared and we strenuously objected to bond being set. Over our objection, the judge granted the motion and ordered that he be released to bail.”