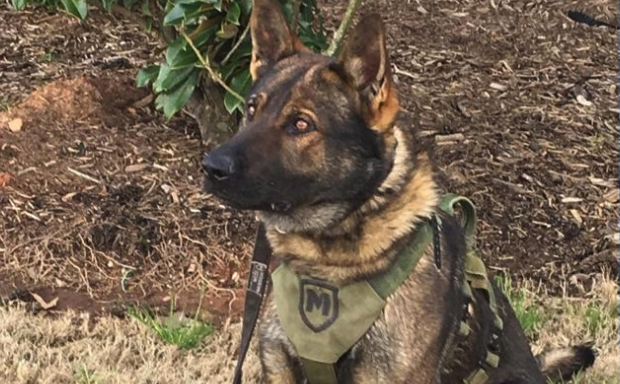 ANDERSON, S.C. — The Anderson County Coroner revealed that the man killed in a gun-battle with deputies last Tuesday, Aug. 11, which also claimed the life of a police service dog, died from a self-inflicted gunshot wound to the head.

Anderson County Coroner Greg Shore said the shooting occurred around 10:30 p.m. last Tuesday following a chase on Clemson Boulevard that deputies called off because the suspect was driving too dangerously, Fox Carolina reported.

Shore said Bryan Hamilton Jr., 21, was driving the car and with a 16-year-old female inside. That vehicle soon crashed into a yellow cab, and right after the crash, Shore said Hamilton and the girl ran from the car and into a wooded area nearby.

Deputies and K9 Roscoe pursued and the shooting occurred within seconds of Roscoe engaging the suspects.

An instant later, Sheriff Chad McBride said deputies saw the silhouette of a man brandishing a gun followed by a muzzle flash when Hamilton fired a shot.

Deputies returned fire and Roscoe was hit by friendly fire.

Roscoe passed away at the hospital the next day.

Hamilton died at the scene. Shore said Hamilton only fired one shot. He was also hit by gunfire from deputies, but those wounds were determined to be post-mortem.

“This was a situation that happened in about two-and-a-half, three seconds and the officers, in the interview, felt they were ambushed,” Shore said, according to WBTV.

The 16-year-old girl was taken to the hospital. Shore did not disclose her condition.

Roscoe was a 3-year-old German shepherd who joined the department in 2017.

He was nationally certified in narcotics detection, criminal apprehension and tracking.