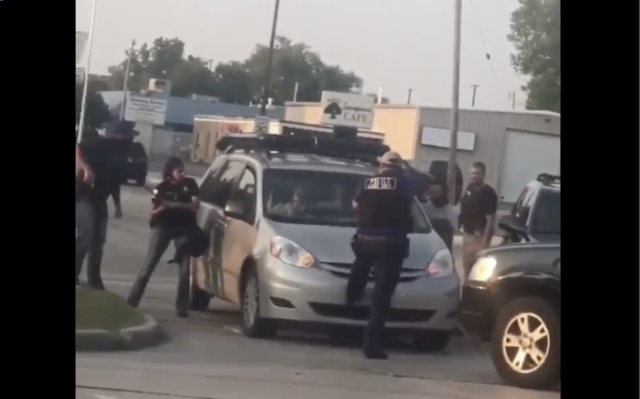 KENOSHA, Wis. — At least 175 people have been arrested during riots in Kenosha, with 102 — 58 percent — having addresses listed outside of the city, according to numbers released by police on Sunday.

The arrests were related to criminal behavior and lawlessness that has occurred every night, following the officer involved shooting of Jacob Blake on Aug. 23.

Kenosha Police said in a media release that the arrests were from people located in 44 cities, although authorities didn’t elaborate which states they came from. A total of 69 people were arrested for curfew violations.

“Suspecting that the occupants of these vehicles were preparing for criminal activity related to the civil unrest, officers attempted to make contact and investigate,” police said.

Kenosha County on Sunday extended its state of Emergency Curfew until 7 a.m. on Wednesday in anticipation of more trouble. The daily curfew — which was set on expire on Sunday — is in effect between 7 p.m. and 7 a.m.

“The public needs to be off the streets for their safety,” Kenosha County Sheriff’s Department said. “The curfew will be enforced.”

Police are calculating damage estimates to businesses. Those figures are incomplete at the present time.

Kenosha is a prime example that importing chaos has become a lavishly-funded vocation for many radicals, courtesy of millions in donations from well known sources. One has to wonder if/when DOJ will view this as domestic terrorism. It certainly seems to apply.