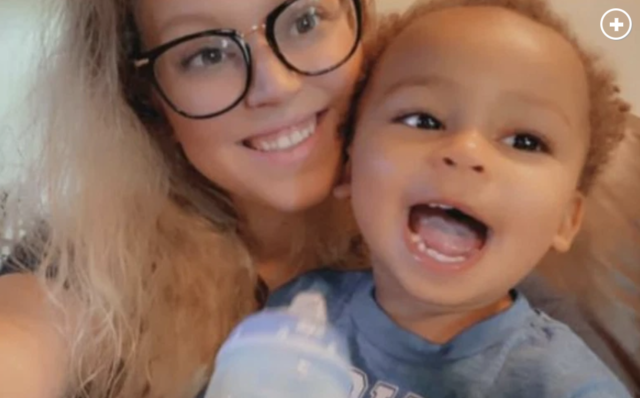 FORT WORTH, Texas — A young boy was killed in his mother’s arms during a carjacking in Texas over the weekend.

Zayden McLean, who would have turned 2 years old next month, died when a man tried to steal his mother’s car and ran into both of them before fleeing.

The man accused of carjacking, Nico Lorenzo Dela-Fuente, 30, ambushed the couple and attempted to steal the mother’s car. Zayden’s father jumped inside the car to try to stop the thief from driving away as the car was in reverse.

“The suspect then put the vehicle in drive and ran over the child and crashed into a tree,” Pollozani said.

Zayden was rushed to Cook Children’s Medical Center in Fort Worth, where he died of his injuries. His mother, who was also hospitalized, suffered skull fractures, bleeding on the brain and road rash, but is expected to recover, New York Post reported.

Pollozani said there was no relationship between the suspect and the victims.

“Anyone who knew Zayden knew how much he was loved by his mother, Bailey Bingham, and father, Shea McLean,” the GoFundMe’s description states. “He was a child of love and spirit. Everyone who knew him loved him, and that love will continue to carry.”

Vickie Bingham, Zayden’s grandmother, told Fox 4 News that the toddler was “an angel on Earth, and now he’s an angel in heaven.”

“It almost seems like Zayden was born, like he knew he didn’t have much time looking back. It’s almost like he was born knowing that he wasn’t going to have a long life,” she said. “There’s a song, ‘Live Like You’re Dying.’ And that’s what he did. He loved laughing. He played.”

“We just want prayers for our daughter and Zayden’s dad,” she added. “They saw a lot, and they need prayers. They need healing.”

Delafuente was charged with capital murder and aggravated robbery.