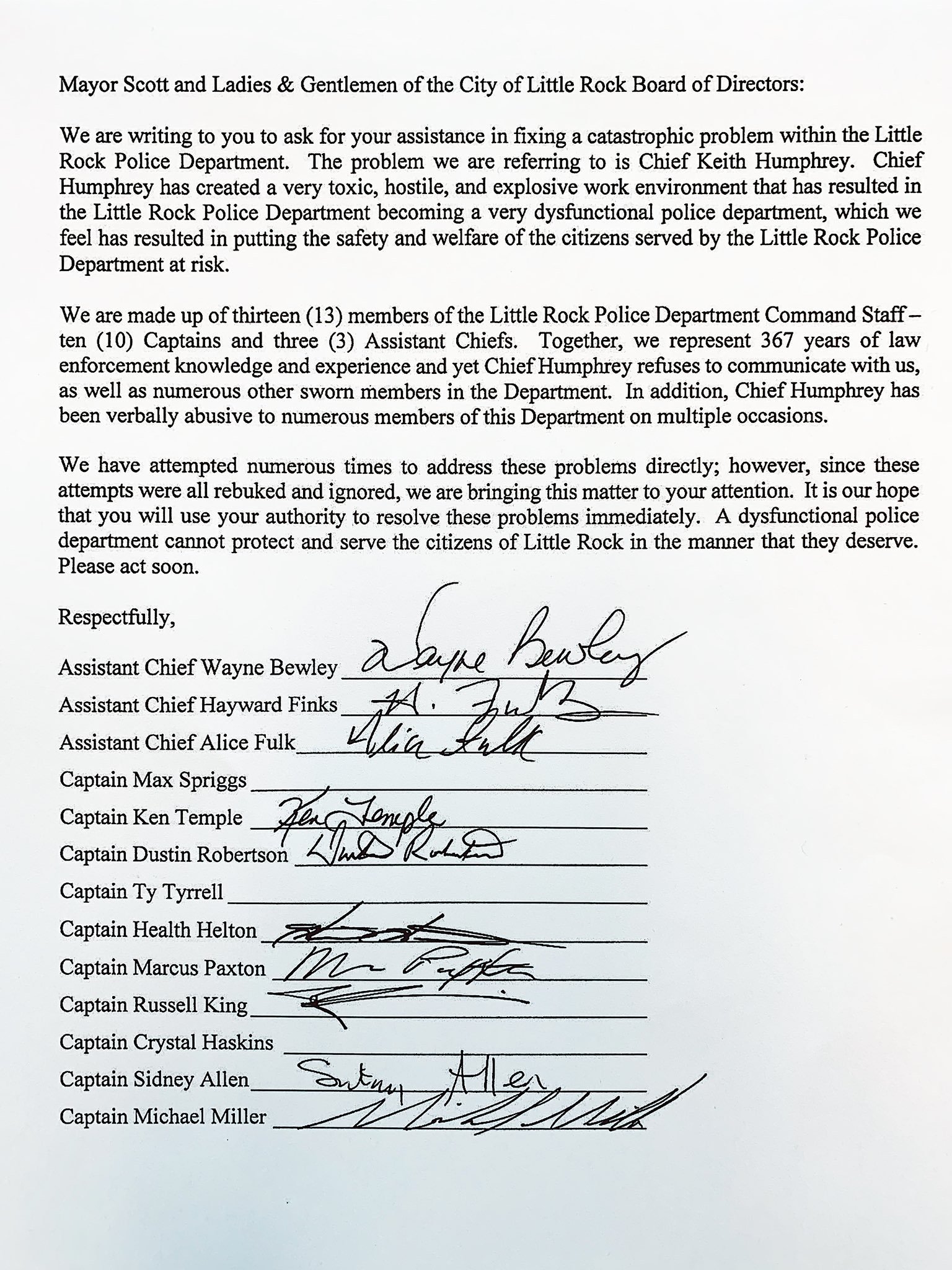 10 of the 13 Staff Members signed the formal request which addresses the ongoing actions by Police Chief Keith Humphrey. 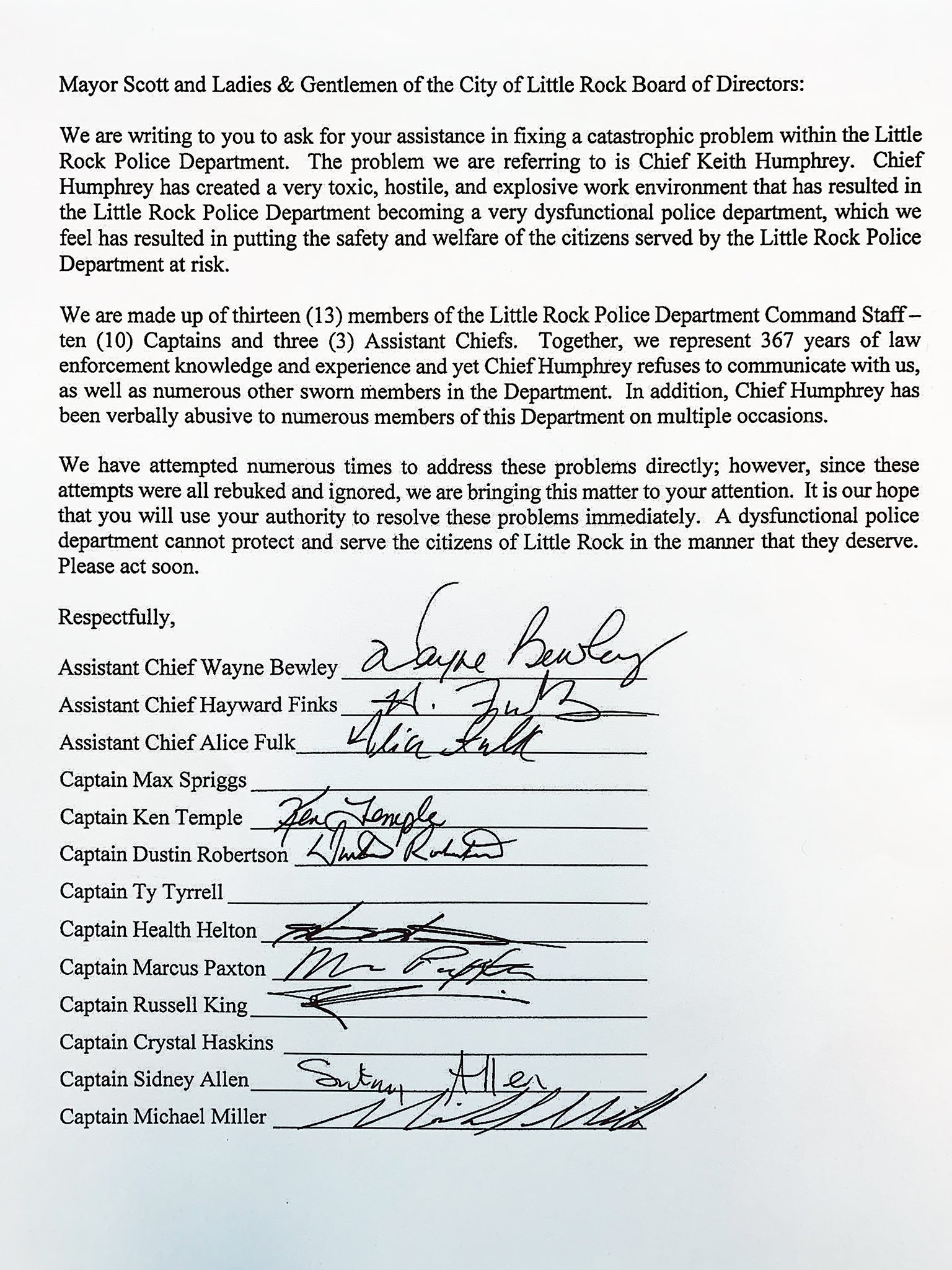 In the last year, Humphrey’s has been the source of one controversy after another which includes multiple lawsuits and investigations alleging retaliation, sexual harassment, and much more.

In one investigation, Channel 7 reports that harassment complaints were given to the City of Little Rock Human Resource Department and that 12 women had come forward only to have the city abruptly close the investigation.

Captain Marcus Paxton, who was in charge of the training division at the time of the alleged event filed a lawsuit claiming that his testimony in a civil service commission hearing regarding an officer involved shooting drew retaliation from Humphrey almost immediately.In that hearing, on then fired Officer Charles Starks, it was revealed that the shooting was deemed justified by the chain of command and the District of Attorney but newly hired Chief Humphrey fired him anyway.

Starks was eventually reinstated following the testimony of his chain of command, including Paxton, that he followed policy and training.

In total, five command members have filed lawsuits along with an allegation that Humphrey inappropriately recommended the hire of Karen Hunter to oversee the budget while she had an outstanding warrant for her arrest and Humphrey was seen at her home at 6 AM, causing many to speculate about the nature of the relationship. The Attorney General has also launched an investigation.

IS IT TIME FOR THE LITTLE ROCK POLICE CHIEF TO GO?

The hiring of Humphrey was always an odd decision and others have questioned whether any type of background check was conducted when it was revealed that at the time of his hire, there were outstanding court judgments on Humphrey from credit card companies totaling $27,036.05 and a current lawsuit pending for an additional $15,870.94.

This and more has made the Little Rock Police Department a circus with an apparent no ending.

We applaud the command staff for their bold stance and if anything is clear from past actions, they can expect swift and harsh retribution. Something, they are surely aware of.