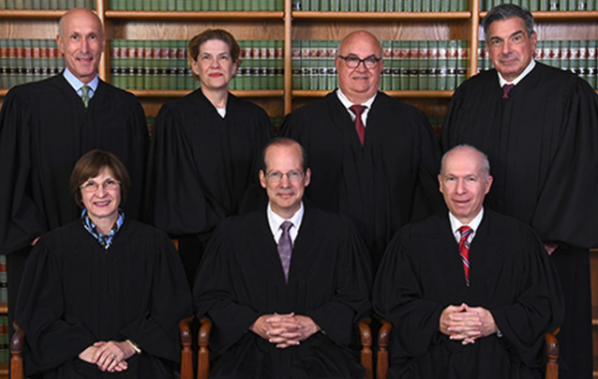 TRENTON, N.J. — New Jersey’s top court on Wednesday limited civilians’ ability to investigate local police officers in a ruling that sets up a broader fight in the Legislature over how much power non-officers should have to look into alleged abuse.

In a 6-1 decision, the state Supreme Court said Newark’s Civilian Complaint Review Board may not have subpoena power, nor may it launch investigations at the same time a department is investigating its own, although the justices allowed the board to retain some other review powers, nj.com reported.

“We hold that this civilian review board can investigate citizen complaints alleging police misconduct, and those investigations may result in recommendations to the Public Safety Director for the pursuit of discipline,” Justice Jaynee LaVecchia wrote for the majority. However, the justices found “no authority” to support broader investigatory powers.

State lawmakers would have to change the law if a board wants to issue subpoenas, LaVecchia said.

Mayor Ras Baraka said he was “disappointed” the board had been “weakened immensely,” but he remained optimistic about what it could still accomplish.

Going forward, city officials said they would ask the attorney general to loosen restrictions on what information boards have access to, lobby lawmakers to essentially give subpoena power back and appeal the decision to a federal court, according to nj.com.

“It’s gonna take a fight still,” Baraka said during a conference call. “We got fight in us.”

The city had been sued by Newark Fraternal Order of Police Lodge No. 12. James Stewart Jr., president of the police union, said the ruling validated their belief that some of the board’s original powers were illegal.

“The Newark Police Department has improved greatly over the last several years,” he said in a statement, and “we look forward to bettering our relationship with the community to bring about true change in Newark.”