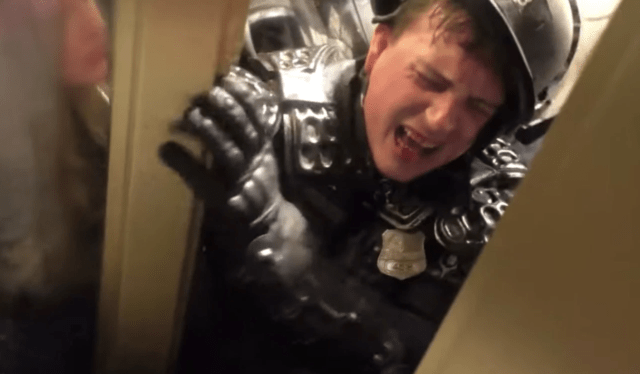 WASHINGTON — The Washinton police officer seen on video being crushed in a doorway during the Capitol Hill riot is “recovering and doing well,” Metropolitan Police have announced in response to a heartwarming letter to him written by a young Montana girl, 10.

The department identified the officer as Daniel Hodges after Johnna Jablonski posted an image of the message written by her daughter, Emma, on Twitter, Fox News reported.

“Dear Officer, I’m Emma and I’m 10 years old. I hope you heal from being crushed. I feel bad for you,” the letter begins. “Those people are really bad hurting you. I hope you and your family are nice and healthy.” 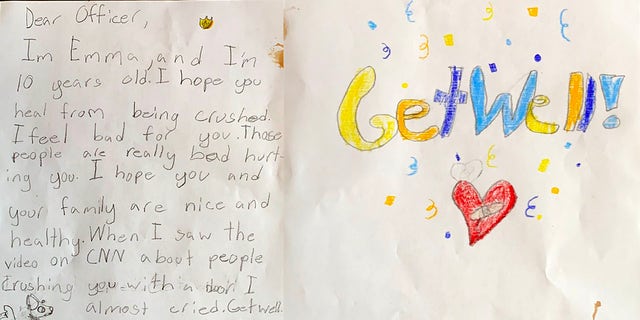 “When I saw the video on CNN about people crushing you with a door I almost cried,” it adds before concluding with “Get Well. – Emma.”

The Metropolitan Police Department retweeted Jablonski’s image of the letter late Monday night and thanked Emma for her “kind words.”

“Just wanted to let you know Officer Hodges is recovering and doing well,” it wrote. “We’ll [message] you an address of where to send it!”

In an interview with Fox5 DC, Jablonski said Emma became upset after seeing the video of the officer getting trapped. In the footage, Hodges can be seen screaming for help while engaged in a standoff with the mob.

The mother then talked with her daughter about her feelings and what she could do to demonstrate that she cared, Fox5 DC reported.

“So she grabs her paper, her colored pencils and sat down on the table and just wrote what was on her heart,” Jablonski added.

Hi Emma – thanks for sharing your card! Just wanted to let you know Officer Hodges is recovering and doing well. Thank you for the kind words! We’ll DM you an address of where to send it! @JohnnaJablonski https://t.co/rzByMALqPF

Perhaps most notably, on the flip side of the letter, Emma drew a heart with a Band-Aid over it, along with the words “Get Well!”

Jablonski told Fox5DC that she planned to mail the letter Tuesday.

“It made Emma so happy to know that he was OK,” she added.