That was until his own apartment building went up in flames.

“Walked through it last night out of curiosity and saw no burning, pillaging, or deaths,” Gallant responded in June to Trump’s tweet calling out the violent leftists who continue to terrorize Seattle. “Chill dawg,” Gallant added sarcastically.

Came home to my apartment complex. The Starbucks underneath has been destroyed, and cops are telling us to stay away in case something explosive is inside. pic.twitter.com/OOJgzUmusk

Last week, Gallant seemed to have changed his mind towards the “peaceful protestors.”

He found his apartment complex vandalized and the Starbucks underneath torched with graffiti plastered on the storefront.

According to The Post Millennial, law enforcement told residents to stay away in case of explosives inside. 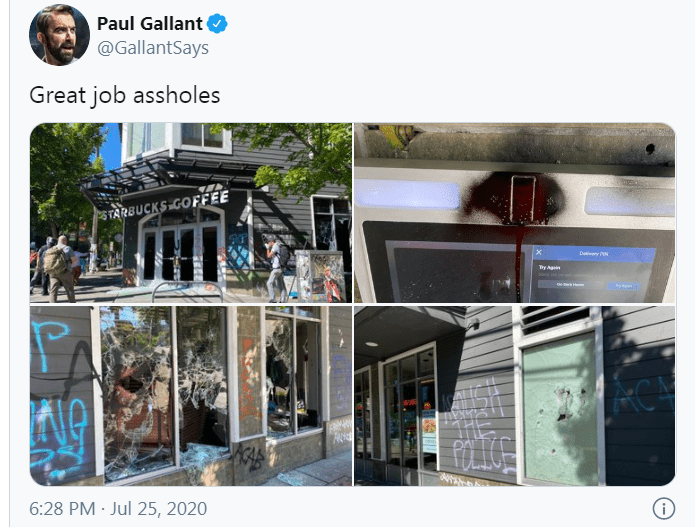 “I feel like I need to buy a firearm, because clearly this is going to keep happening. Enough is enough,” Gallant said.