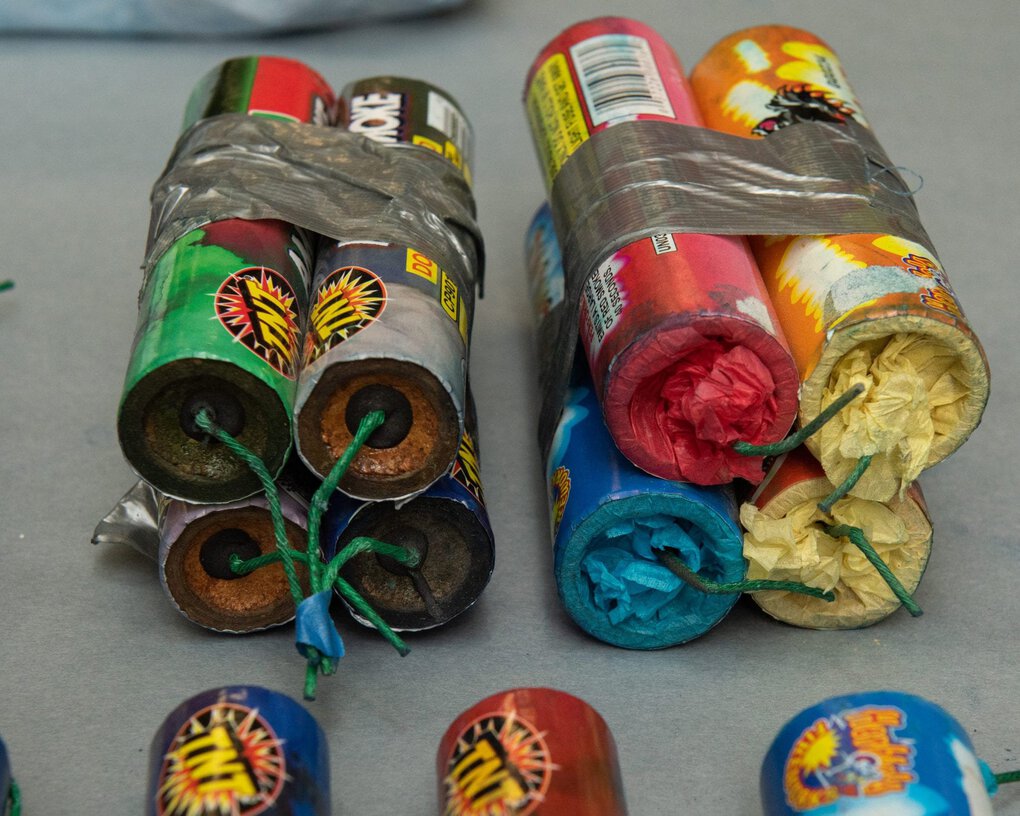 SEATTLE — Seattle Police Chief Carmen Best revealed at a Wednesday press conference that police discovered explosives, smoke bombs and other weapons in a van stationed at the weekend protests.

Saturday’s demonstration, promoted by the Youth Liberation Front in support of protesters in Portland, erupted in violence. Best said over the weekend that officers used blast balls, pepper spray and 40mm sponge-tip rounds, while some in the crowd of protesters broke windows and started fires. At one point, she said, someone threw an explosive that blew an 8-inch hole through a wall of the Police Department’s East Precinct, The Seattle Times reported.

During Wednesday’s press conference, Best told reporters that officers saw a van following a group of protesters around 4:30 p.m. Saturday, before it stopped outside the East Precinct. At about the same time, she said, explosions started going off outside the precinct.

Best said a witness later told police they had seen baseball bats and explosives inside the same van earlier in the day.

As a result, investigators impounded the van and obtained a search warrant for the vehicle. Upon searching it, they discovered firework pyrotechnics, smoke bombs, stun guns, bear and pepper spray, makeshift spike strips and gas masks, the chief said.

Thus far, no arrests have been made in connection to the explosives in the van, the Times reported.

Nevertheless, Best said that items found in the van demonstrates “evidence that not everyone who comes to these protests are peaceful. Peaceful protesters do not show up in a van full of … explosives.”

THE ITEMS PICTURED BELOW WERE DISCOVERED IN A VAN STATIONED AT THE WEEKEND RIOTS IN SEATTLE. (Seattle Police Department)

Mayor Jenny Durkan, still trying to spin the abhorrent behavior as acceptable, said the crowd was mostly peaceful, but the group associated with the explosives seemed “well-organized with this kind of destructive power.”

Seattle Police Sgt. James Lee, who works with the department’s arson/bomb squad, said his team also found remnants of a Molotov cocktail that exploded near King County’s juvenile detention facility, which is under construction, according to the Times.

“(The bear spray) is causing burns and itching and stinging to (officers’) face and exposed skin,” Lee said at the news conference. “This lasts much longer than the … type of pepper spray that police use and is much stronger. It is not safe for use on humans.”