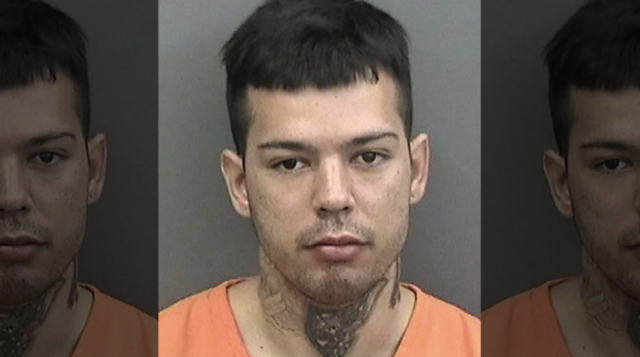 TAMPA, Fla. — A Florida man was arrested after a bold attempt to kidnap a young child from a hotel room Sunday, authorities said.

Gabriel Martin, 24, entered a Tampa hotel room where a mother and her child were staying at around 9:40 a.m., the Hillsborough County Sheriff’s Office said. Martin grabbed the child in front of the mother and attempted to leave the room.

The woman was able to regain control of her child, which prompted the suspect to flee. However, the would be kidnapper was captured by responding deputies hiding nearby.

A mother and her young child were unharmed after a suspect entered their hotel room and attempted to kidnap the child.

At approximately 9:41 a.m. on July 26, 2020, the Hillsborough County Sheriff’s Office received a 911 call from the mother, who advised that an unknown Hispanic male entered her Tampa hotel room and tried to take her child.

The suspect picked up the child in front of the mother, however, the woman was able to gain control of the child before he walked out the door. She escaped with her child and called 911. The suspect also fled on foot. When deputies arrived at the scene, they located the man who was hiding in the shrubs of a nearby business park. The suspect, identified as Gabriel Martin, 24, was placed under arrest.

“Thankfully, the mother and child were not hurt during the course of this incident,” said Sheriff Chad Chronister. “As a parent myself, I can’t imagine the fear this mother was in when the suspect tried to take her child away from her. He will be charged to the fullest extent for his crimes.”

Martin faces charges of Kidnapping, Burglary of an Occupied Dwelling with Battery, and Violation of Probation. He was already on probation for Possession of MDMA and Armed Burglary charges out of Manatee County.

The names of the victims and the hotel were not released. The sheriff’s office also withheld the child’s age.