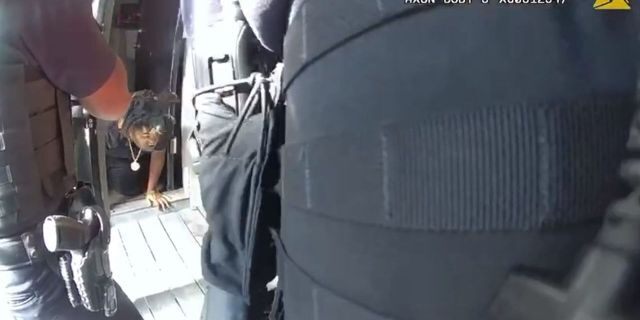 TAMPA, Fla. — Florida police officers rescued a woman on Sunday after her ex-boyfriend reportedly kidnapped her from her apartment at gunpoint and held her hostage, authorities said.

Tyre Snead, 24, entered the woman’s home around 5:45 a.m. while she was sleeping, Tampa Police Chief Brian Dugan said. Snead woke the woman and a second victim, holding them at gunpoint while he demanded money and searched the woman’s purse, according to investigators.

Snead then forced the woman into a vehicle he had stolen from her the previous day and drove away, Dugan said. Officers later located Snead at his apartment, where Dugan said he had been holding the woman hostage for more than four hours, according to reports.

As officers began evacuating Snead’s neighbors, the suspect opened his door and immediately shut it upon seeing the police, the video shows. Officers are seen using a battering ram to break open the door before giving him directions to surrender.

Snead drops to the ground and officers shout for him and the victim to crawl outside, the video shows.

“Crawl to me right now!” an officer repeatedly yells. “Crawl to me on your hands and knees! Crawl to the sound of my voice!” 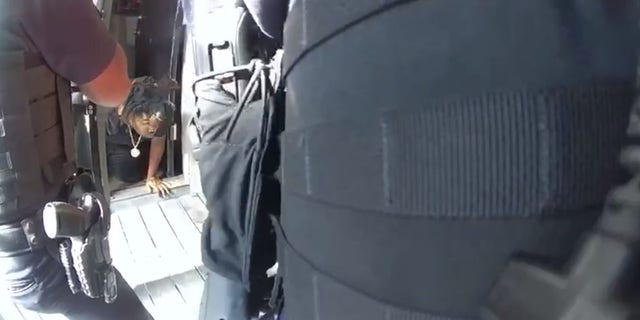 Tyre Snead followed the victim out of his apartment on his hands and knees. He was arrested outside after the woman was taken to safety. (Tampa Police Department)

The female victim came out first and was taken away to safety. Snead crawled on his hands and knees after the victim. Officers standing outside the door took Snead into custody, FOX News reported. 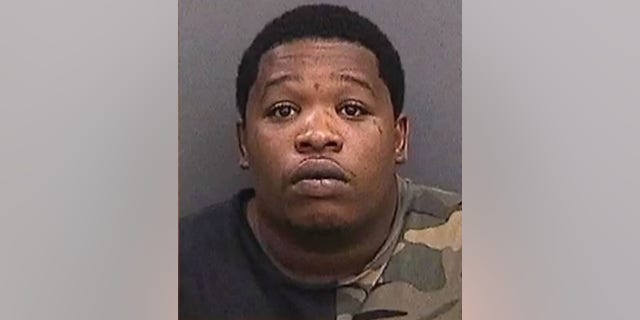 “This was a scary moment for the victim who is doing okay,” Dugan said. “I want to thank the men and women of the Tampa Police Department for their bravery and doing what we do every day to protect the citizens of Tampa.”