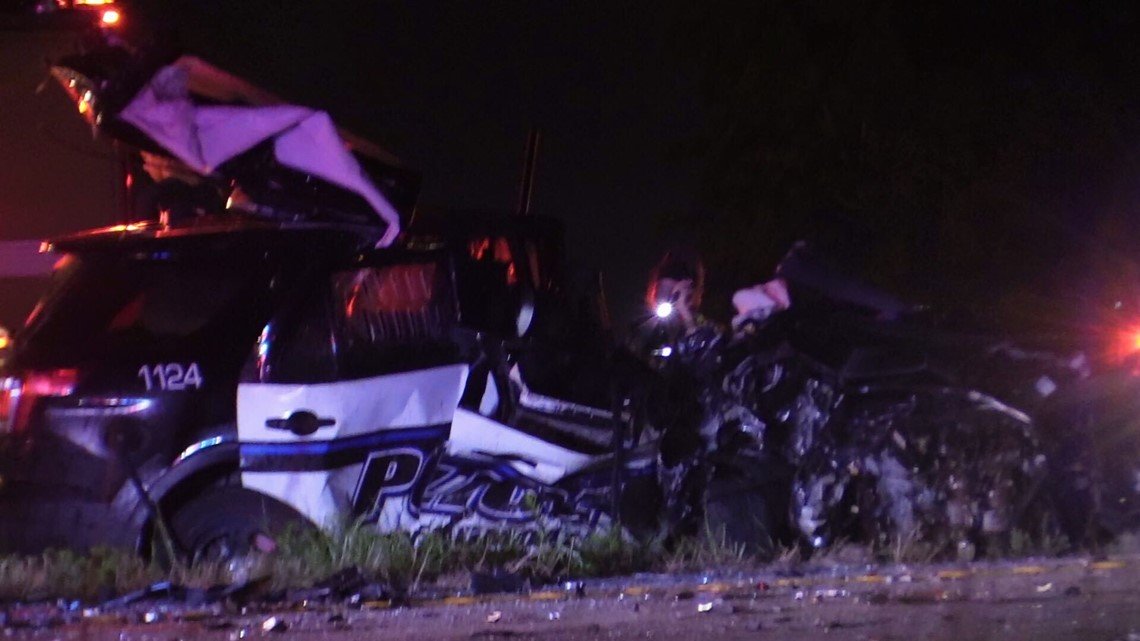 A Beaumont (TX) police officer was killed and another officer was seriously hurt in a head-on crash early Sunday morning.

12 News reports that the two officer were driving on Highway 69 around 2:30 a.m. Sunday, when their cruiser was hit head-on by the driver of a Ford Mustang.

One officer was pronounced dead at the scene and the second officer was rushed to a nearby hospital in serious condition.

My prayers are with the Beaumont police officers, and all involved, in the tragic accident this morning. Praying also for the entire police department and their families.

The Texas Department of Public Safety is in charge of the investigation.

It is the 18th Beaumont Officer killed in the line of duty. The department has not yet released the names of the officers.