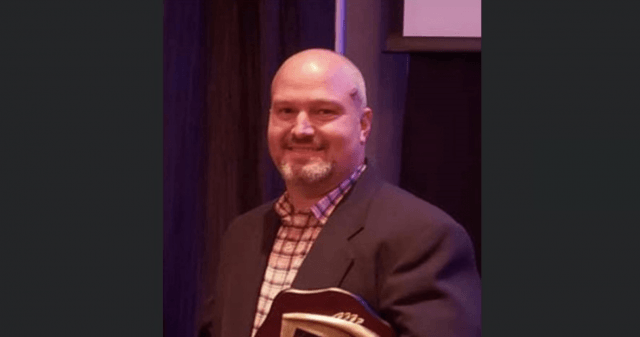 Listen to an update from his attorney below:

BLACKWELL, Okla. – An Oklahoma police lieutenant was indicted last week for murder after he allegedly fired nearly 60 rounds at a road-rage suspect who was firing rounds at others, earlier this year.

John Mitchell, a 40-year-old lieutenant with the Blackwell Police Department, was charged with second-degree murder in the death of Micheal Ann Godsey, 34, on May 20.

Authorities had responded to reports of gunfire coming from a white pickup truck at various locations in Blackwell when the incident broke out, The Oklahoman reported. Responding officers reportedly pursued Godsey’s pickup truck and exchanged gunfire with her before her truck came to a stop.

Godsey was found dead and alone in the driver’s seat of her truck, the Oklahoma State Bureau of Investigation said.

Mitchell’s defense attorney, Gary James, argued the 40-year-old police officer acted lawfully to stop a threat. James said it was a “sad day for law enforcement and society,” and described Godsey as a “violent, fleeing felon.”

James said Mitchell was cleared by an independent internal affairs review of the shooting. Mitchell faces at least 10 years in prison, if convicted, according to Fox News.

PERRY, Okla. – At the conclusion of a preliminary hearing being viewed by police officers across the country, a judge decided Wednesday that a deadly police shooting case involving an “active shooter” will go to trial.

The legal inquisition has already had a reverberating impact on law enforcement throughout the nation. The manner in which an officer takes out an active shooter is on trial in the person of Lt. John Mitchell of the Blackwell Police Department.

To the astonishment of the law enforcement community, Mitchell was indicted by a grand jury last year for killing a woman, identified as Michael Godsey during a pursuit.

The preliminary hearing began at 9 a.m. in Perry, in Noble County. The judge ruled there was enough probable cause to proceed with a trial. Mitchell is charged with second degree murder or first degree manslaughter, News 9 reported.

Tuesday two of Mitchell’s fellow officers testified describing Godsey as someone they had encountered in the past. They also said that Godsey had likely been experiencing mental delusions.

The man who initially called 911 about Godsey also took the stand Tuesday, describing how his car was shot at, and how he briefly asked her if she was okay.

The Oklahoma Fraternal Order of Police packed the Noble County courthouse to show their support for Mitchell.

“The outcome of this case could determine how law enforcement is handled in the state of Oklahoma. It couldn’t be more important to us, and we want to support our brother that we believe had to do a bad thing. He had to do a horrible thing, but he had to do it to save lives,” Jason Smith, president of the Oklahoma FOP said.

From the folks who know him best, they describe Mitchell as a dedicated public servant, active community member, and devoted family man. In fact, in the months since he stopped the active shooter, a professional organization and a local newspaper have honored this good man, according to NPA. The latter award, presented in January 2020, was to name Mitchell as Blackwell’s 2019 Best Law Enforcement Officer.

Shortly after the indictment last year, Mitchell’s defense attorney, Gary James, argued the police veteran acted lawfully to stop a threat. James said it was a “sad day for law enforcement and society,” and described Godsey as a “violent, fleeing felon.”

Editor’s Note: Last year we brought you the troubling case of Blackwell (OK) Lt. John Mitchell and his indictment following his actions to stop an active shooter. Law Officer Contributor Jerad Lindsey has been on the ground covering this case for us and in an exclusive video, we have the update on his court appearance today along with the appeal that was filed.